Sorry (and of course thanks) to anyone who’s helped out with the NHSbuntu Linux project and it’s revamped version NHoS but I think we’ve finally reached a point where we’ve had enough.

The entire NHSbuntu/NHoS team (4 core members) have been working as volunteers, with a few small work packages and pieces of funding courtesy of the Apperta Foundation, but we have received absolutely zero backing from those higher up in NHS Digital and other NHS organisations. We’re clearly not the ‘right’ kind of innovation, it seems. Most of our interaction with NHSD and NHSE at high level has in fact been deleterious to the project.

In particular we have had a number of conversations which led to several cancelled-at-the-last minute meetings with Will Smart and Paul Rice - who (unbeknown to us) were also negotiating with Microsoft about a new NHS Enterprise Wide Agreement In fact, I now strongly suspect that the reason we were getting any engagement at all at these levels was in order to strengthen NHSE negotiating position with Microsoft, by being able to say to M$ ‘there is a competitor, we are meeting with them next week’.

The final straw is that despite having changed our name from NHSbuntu to NHoS and significantly changed our branding style in order to satisfy the DH Brand Police’s first legal letter (fair enough I guess, we were definitely pushing it with NHSbuntu) we have now been served with a second letter for NHoS (see below).

We spent a significant amount of volunteer time just in changing all our tooling and branding from NHSbuntu to NHoS, and following a second takedown letter, the lack of any forthcoming material assistance or support, we’ve decided simply to shelve the project. We can’t afford the personal time required to rebrand another time. We have other work to do.

The NHS will just have to solve its own terminal addiction and lock-in to Microsoft. One day we may reinitiate the project, when we have some people backing us at high level who actually believe in the project’s aims and aren’t using it as leverage to help them get their political ends.

You hear a lot about Innovation in the NHS, but if this is the way innovators are treated - with the full might of DH Legal against an unfunded volunteer organisation - then you can see why we have no actual innovation, just bullshitters retweeting each other about a vague fantasy Blockchain and AI future, while the NHS burns for lack of basic functionality. 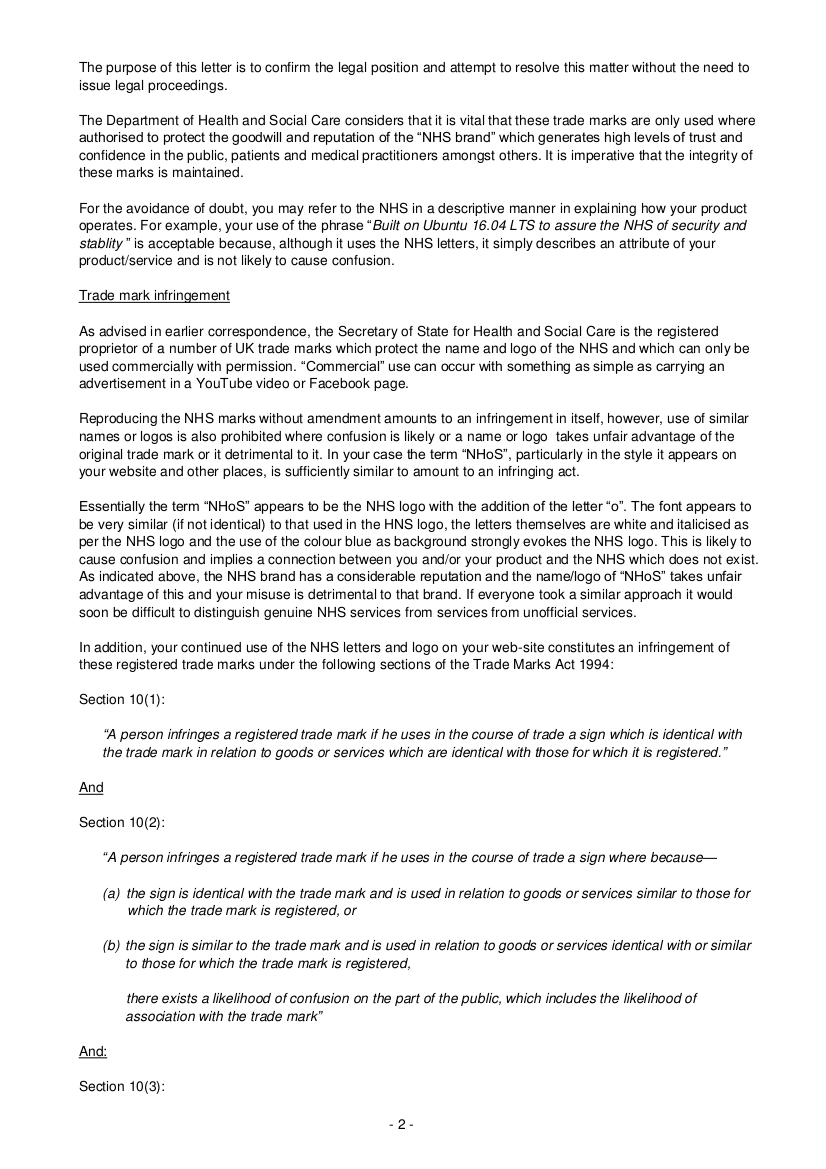 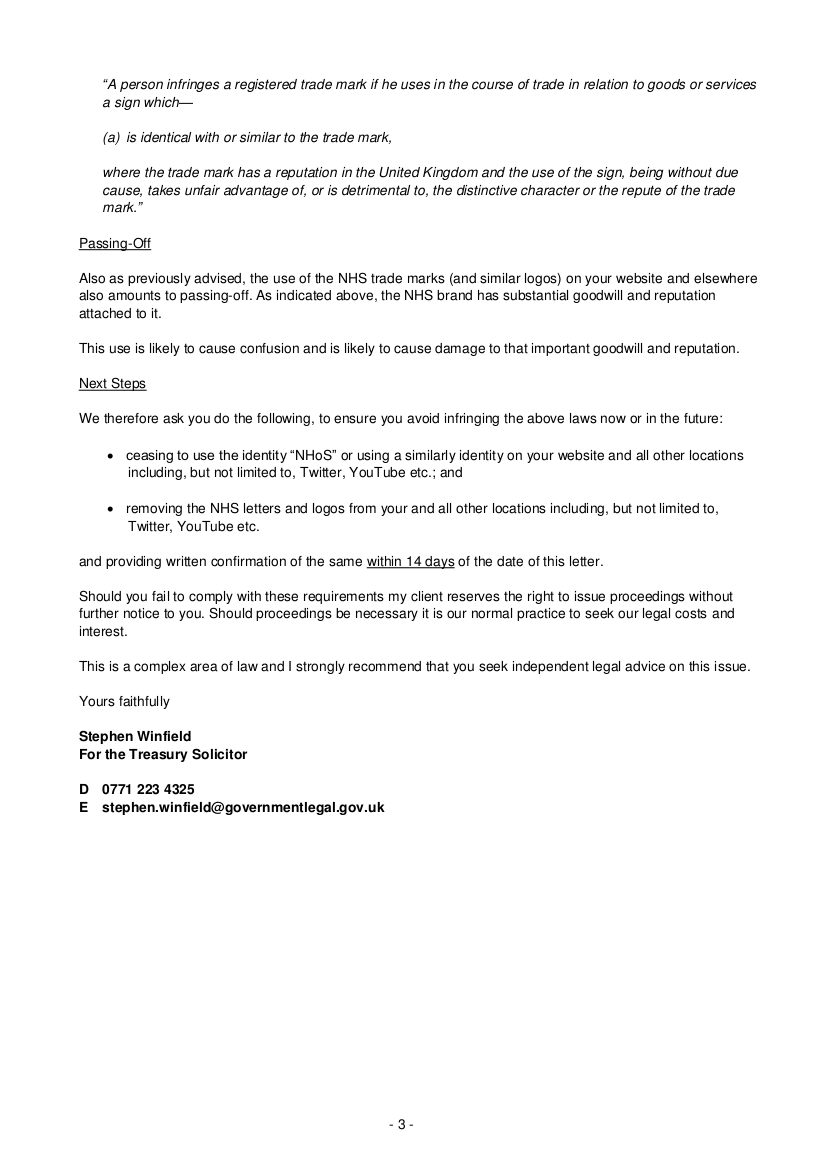